A prehistoric site has been suspected in this field north of Forty Acre Lane since a cropmark was spotted on a Google Earth aerial image of 2001. At first identified as half of a ring-ditch  (thought probably to have been the ditch encircling a Bronze Age round barrow), it was later re-interpreted with the benefit of another aerial photograph by the National Mapping Programme working within the High Woods project (c. 2015; Monarch site no 200821). They interpreted the site as a denuded long barrow of Neolithic date; surprisingly, it was not noted in the synthesis report on that project (Carpenter et al. 2016).

A metal-detecting rally was held in the field in March 2021 under the auspices of Midweek Searchers. One of the finds made, by Mark Spinney, was a Camerton-Snowshill type dagger dating to the last phase of the Early Bronze Age (c. 1750–1550 BC); this was reported to Simon Maslin, Finds Liaison Officer, and published on the Portable Antiquities website in July 2021 (HAMP-C13678). Since such daggers most frequently accompany burials, it was desirable to see if such a context could be established in this case. The landowners kindly allowed us to undertake geophysical surveys. In the event, the main feature revealed was the ditch of a long oval enclosure, almost 100m long. This is almost certainly Neolithic, but rather than being a long barrow as such, it is more likely to have been a site of the long enclosure category. Inside the eastern end of this enclosure there is apparently a pit-circle (strictly speaking oval), again probably of Neolithic date. Some other large features are suggested by the geophysical plots.

A request to undertake sample excavations was acceded to by the landowners. There were two main questions to be addressed: firstly, to see whether a context for the dagger could be identified and, secondly, to characterise and date some of the Neolithic features. 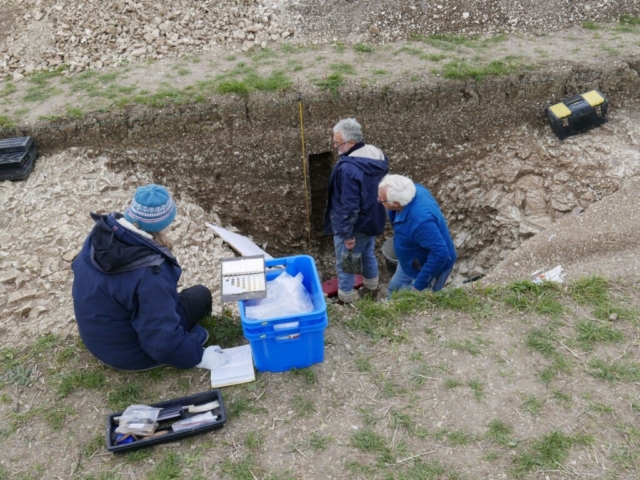 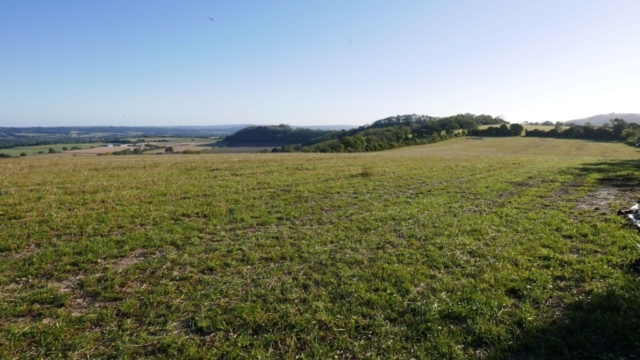 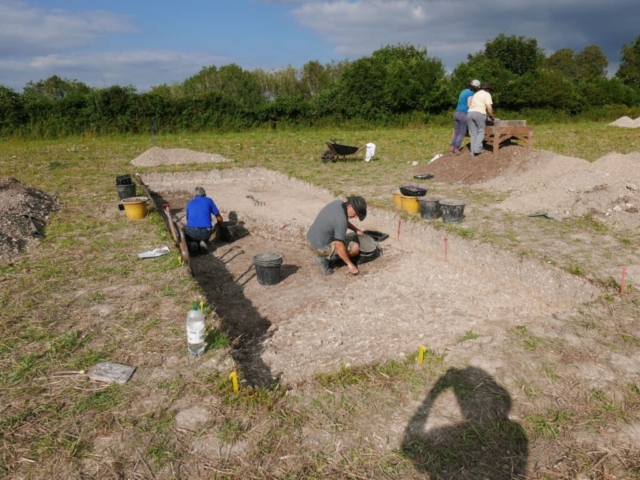 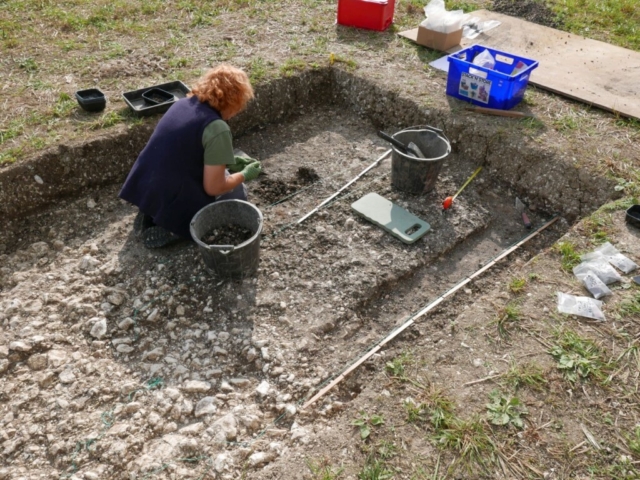 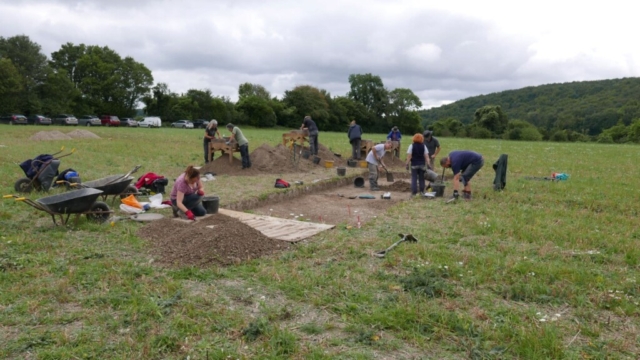 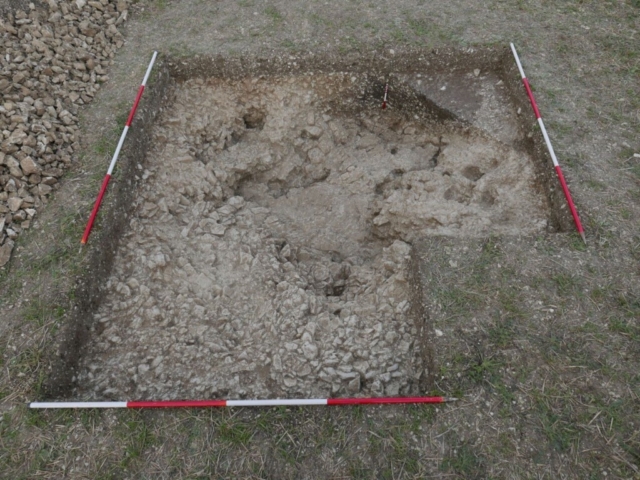 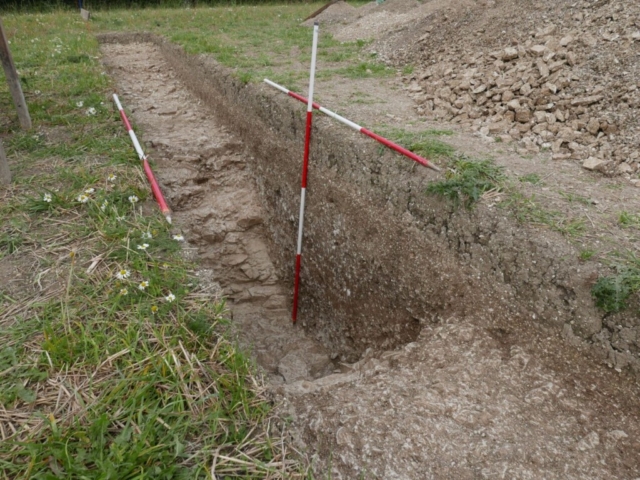 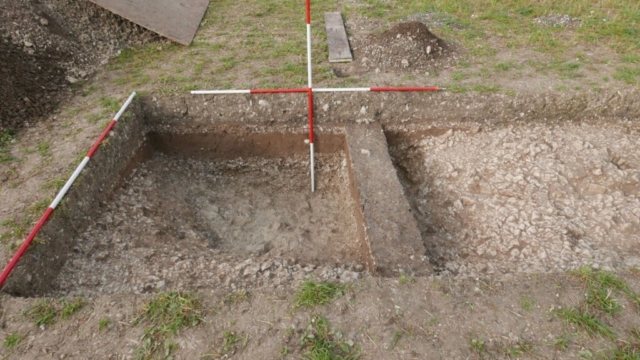 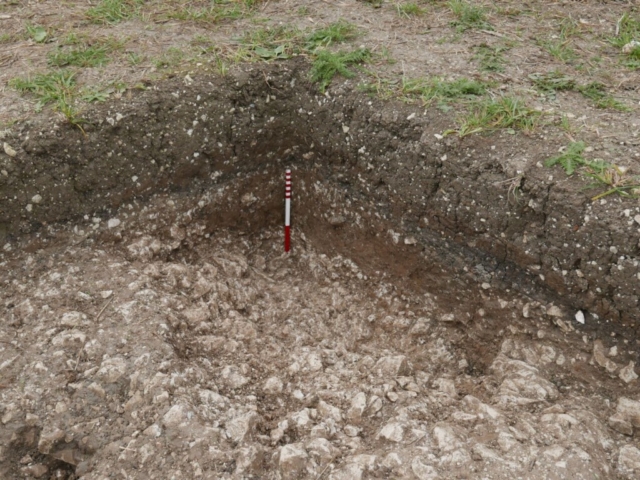 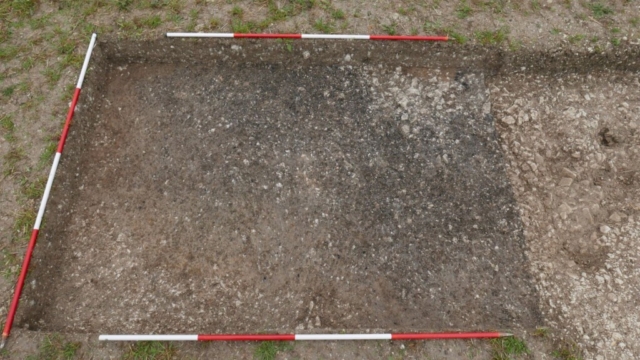 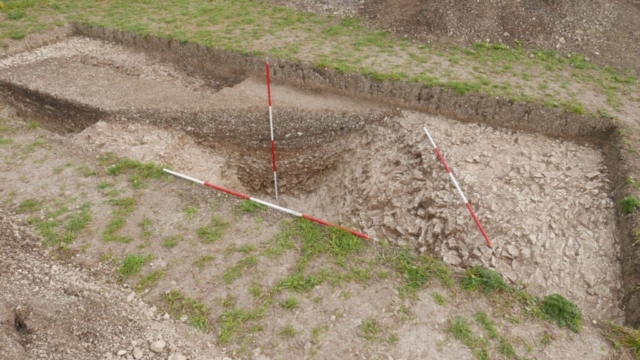 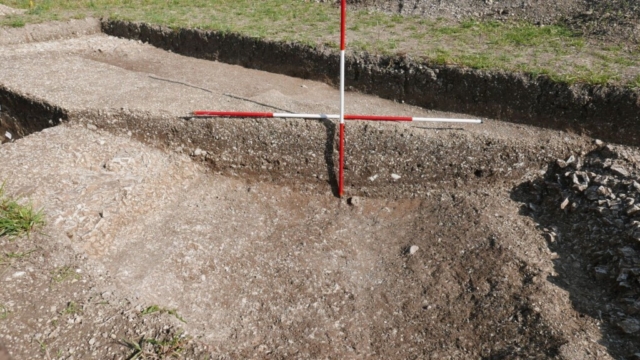 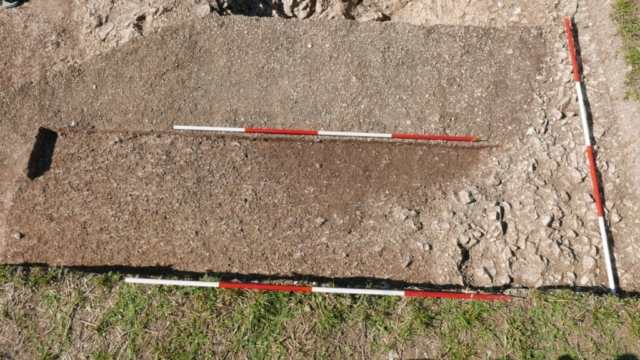 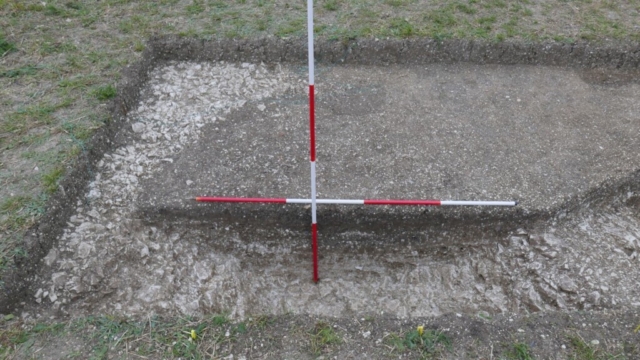