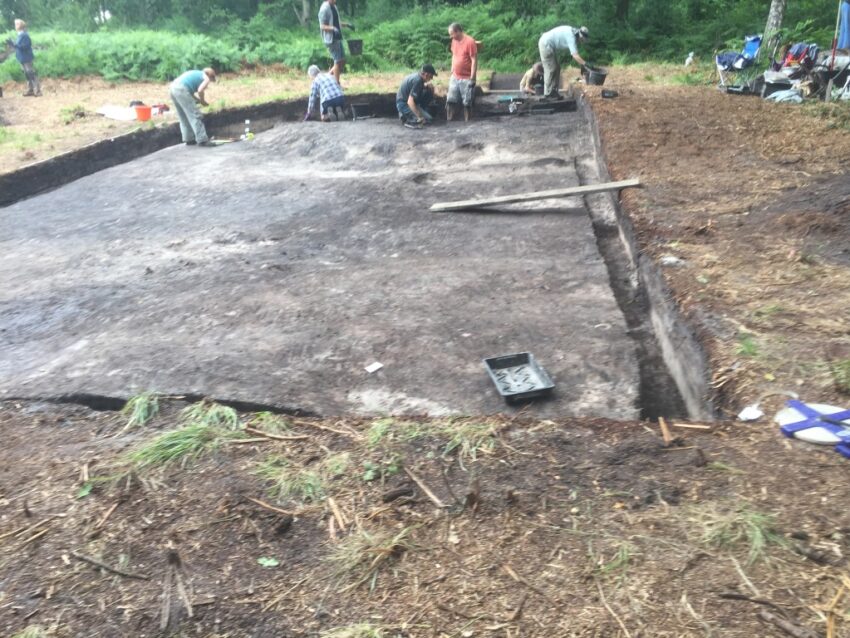 Fantastic 4 is truly living up to its name, as today its was discovered that this site contains not one, but two barrows. This is highly unusual. But should we have expected anything less from Barrow 4?

If this wasn’t perplexing enough, it seems that the bank and the ditch which enclose the two barrows actually post-date them, as one of the barrows looks to go underneath the bank.

Meanwhile, elsewhere on the Heath, a Mesolithic floor is being explored which looks to be around nine thousand years old. This final season of digs is giving us so much to be excited about!