Barrow 14 and the begining of something special? – Daily Dig Diary #17

Today I had my second day of going to visit the excavations and see what was going on. I went and spent my time on Barrow 14 which is being excavated by students from Winchester University. 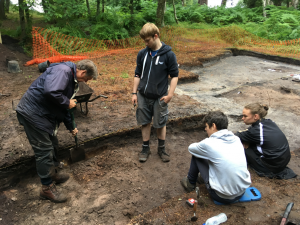 There is a lot of activity going on with them excavating through a section of the bank that runs around the mound as well as investigating the features they have uncovered at the centre of the enclosure. 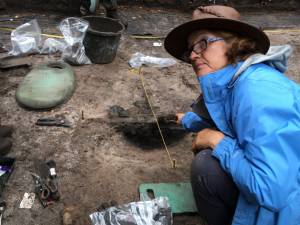 There is however this one feature, it started of as a circle of dark charcoal laden soil but as it has been excavated it is showing tantalising signs of possible burial activity. It is too early to tell for sure if it is a burial but it is looking good and they are hoping to be able to confirm tomorrow if this enclosure was indeed used for burial. 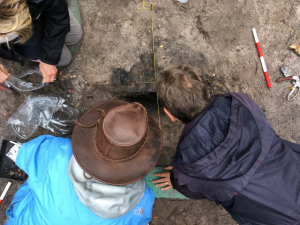 Tomorrow will give you the opportunity to find out if it is indeed a burial by joining us for our Festival of Archaeology event from 10-3 on Petersfield Heath where you can learn more about all the excavations and watch live as the story of Barrow 14 unfolds.